(Creating a present that makes a better future)

The project envisions that a well-established awareness of our common history enables us get closer to each other and collaborate for the well-being of humankind as a whole.

The project aims at taking every possible action to generate activities which awaken contemporary consciousness to the common history, with the conviction that moving to a better future requires us to realize our human oneness.

Our concern in Assl wa Wassl is to build a perception that brings people together to share in improving the condition of human life, not only locally, but also globally. We dream of creating a global civilization that ties different cultures together in a harmony with respects to cultural variations and cultural uniqueness.

It has not been easy scientifically to differentiate between culture and civilization.However, from our studies, which include anthropology, history, archeology, analytical psychology, philosophy and religions, we believe that civilization is a state of being that connects people together with common values, which enable them to proceed in dynamic ways to build a long lasting impact on their environment. While culture is local, civilization has the ability to expand beyond the territory from which it was originated. That is possible, because we – as human beings – are connected on our deeper level of
unconsciousness.

The Ancient Egyptian Civilization is the root of the human history. It is well known that it had an impact on civilizations that followed. On the other hand, on this land, other civilizations bore new birth as the Egyptians welcomed the comers from different parts of the world, digested their values, gave them part of its own soul, and sent this new creation to their original lands.

Egypt’s great discovery of conscience transformed human ethical awareness. This transformation brought people from the state of fight for survival to a state of exploring themselves, as well as exploring nature and the divinity.

Raising the value of conscience is still needed today to improve the way we deal with each other. It must be noticed here, that cruel uncivilized behavior is not a historical phase; it is a way of dealing with humans and the natural world. Tyranny, transgression, and killing innocent people still manifest today in a world with unprecedented technological and scientific advancements. The world needs to remind itself with the values that stand behind the emergence of this ancient civilization.

It is noticeable that the Egyptian Civilization introduced to the world a vision that emphasize the oneness of life which relates between human and cosmos’ realms, considering each as an extension of the other. This is a needed vision if we would
survive.

Reading the Egyptian history from a perspective that emphasizes continuity and extension to other civilizations would create a convenient environment for social peace on this land, and spread this spirit to the world.

The Value of This Project for our Present Time:

Egyptians need to uncover their hidden potentials, through reading their history in a way that shows the continuity between different historical layers, starting from the Ancient Egyptian Civilization, passing through middle ages where Christianity and Islam played their roles in confirming, adding and developing the spiritual path. This knowledge brings pride, confidence to the Egyptians who live now. It encourages them to use their creativities, and interact positively with the world from a balanced view. They need not to feel inferior in the face of other advanced nations, nor do they have to adopt hostile attitudes to the others.

Reading Egyptian history with the awareness of continuity, not disruption, brings the Egyptians to see the common ground that tie them together despite their religious and ideological differences. This reading leads them directly to seek inspiration from their heart. This is the area where faith and light reside, and where we find inner sanctuary for peace.

Working harmoniously to achieve common goals is one of the great lessons that we learn from Egyptians in our modern time where egocentric attitudes makes people work in isolation and under the spirit of competition. As result, humans suffer from insecurity, fears, and inner conflicts, which reflect in their life in the form of stress and tension.

Working together, not only on the national, but also on the international levels in order to face the common humane problems, such as poverty, climate changes, declining
natural resources, and other challenges is urgently required to survive and to save our planet.

Assl wa Wassl is a project dealing with the past for creating a present that makes a better future. 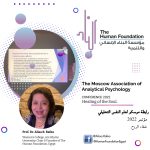 The Moscow Association of Analytical Psychology 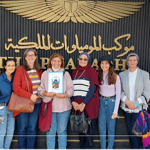 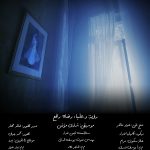 The premiere of the film “The Seeker’s Home” held at Cinema Hall and Theater of the ...
Read more
المزيد

This is a demo store for testing purposes — no orders shall be fulfilled. Dismiss